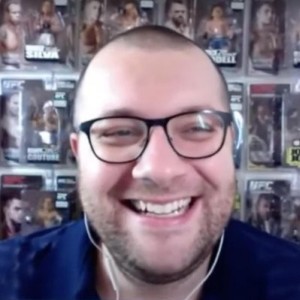 The fight takes place at Hard Rock Stadium in Miami, Florida, and airs on Showtime PPV.

At 50-0, Mayweather is one of the most highly successful boxers of all time, but he was lured out of retirement for the prospect of this exhibition bout against Paul. Like his brother Jake, Logan has become a combat sports star in a short amount of time. Though he has just one pro fight to his resume, a split decision loss to fellow YouTuber KSI, Paul’s name value was enough for him to coax Mayweather out of retirement for this special exhibition bout.

Before breaking down the fight, we need to touch on the rules for this matchup. It’s an eight-round matchup with three-minute rounds, the boxers will wear 12-ounce gloves, and they won’t wear any headgear. There will be no official judges ringside since it’s an exhibition, but the fighters are allowed to go for the knockout and the referee has the discretion to stop the fight.

Mayweather is one of the legends of boxing.

At 50-0, Floyd Mayweather has one of the best records we have ever seen in “The Sweet Science.” Now 44 years old, Mayweather has been officially retired since he knocked out Conor McGregor in 2017. Since then, Mayweather has enjoyed his retirement, but he did return for one exhibition bout against Tenshin Nasukawa over in Japan for RIZIN that he won by knockout. Even in the latter stages of his career, Mayweather has stayed in tremendous shape and is still one of the biggest names in the sport. He returns to the ring this Sunday night when he takes on Paul in what many experts believe is the easiest fight of his legendary boxing career.

Ever since making his pro boxing debut in 1996, Mayweather has been a special talent. Throughout the years, he has shown to have very few flaws in his game. Offensively, he is able to stick and move with the best of them. He has one of the best jabs in the business and has underrated power in his right hand. But it’s been his defense that has been his calling card over the years. Mayweather is nearly impossible to hit on the feet, and it’s allowed him to enjoy a 25-year career at the top of one of the most physically demanding sports in the world. He has also shown an iron chin over the years and has also proven to have incredible cardio and one of the best fight IQs in the game.

Even though he’s no longer in his prime, Mayweather is still a legend of the game. With wins over the likes of Canelo Alvarez, Manny Pacquiao, Marcos Maidana, Miguel Cotto, Ricky Hatton, Victor Ortiz, and Oscar de la Hoya, Mayweather has fought and defeated many of the best boxers from the present and from the past. “Money” has proven himself to be a legend of the sport and he’ll be in line for another huge payday this weekend against Paul.

Along with his brother Jake, Logan Paul has been a YouTube star for years but he made the move to combat sports in 2018 when he fought rival YouTuber KSI in a white-collar amateur boxing match.

That match ended in a majority draw, but the two rematched in November 2019 in what was Paul’s professional boxing debut. He would go on to lose that fight via split decision, but he put on a good showing of himself in the fight and he made it clear that he always wanted to return to the ring. He will do so this weekend when he takes on the legend Mayweather.

Unlike Mayweather, who has 50 professional fights as a sample size, we only really have the one pro fight for Paul to look at heading into this fight against Mayweather. Watching the fight back, Paul did land some good offense on KSI during the fight. He was constantly walking forward and was aggressive and showed decent conditioning as he made it the full distance. However, the one thing that really stood out to me when re-watching the fight is that Paul’s hands dropped often. If that happens against Mayweather, there is no question in my mind he will get knocked out.

Anytime you put two human beings into a ring, there is always the possibility of an upset because everyone has a puncher’s chance. Paul is the bigger, taller, heavier man in this fight and he has the reach advantage. But when it comes to pure boxing skills, there is such a wide gap here that is too far to bridge. Unless Paul has made significant improvements since the second fight against KSI, it’s hard to see him being competitive here with Mayweather.

There’s a reason they call Mayweather “Money.” He simply does not lose, and I don’t see him losing this fight against Paul. Even though he’s the older fighter and will be giving up significant height and weight in this fight, ultimately there is such a massive skill gap when it comes to the boxing technique. Like anyone, Paul has a puncher’s chance, but it’s such a low-percentage chance. I actually think the odds should be higher on Mayweather.

One of the worst bets you can make in boxing is to bet against Mayweather. I never have and I won’t start here, and I’m confident he beats Paul. The question is, how does he win the fight? There are no judges, but it’s possible Showtime will have someone scoring the fight for entertainment purposes. Then again, I’m not convinced that this fight even goes the distance. Mayweather has speed and power, and he’ll have plenty of opportunities to hit Paul.

The -1200 odds on Mayweather are hefty, but he should win this fight. I don’t recommend touching Paul even at the +775 underdog odds. Looking at the props, Mayweather by knockout is -200, and Mayweather by decision is +225. I don’t necessarily love laying juice on props, but I do think Mayweather stops Paul inside of eight rounds. But if you want to take a shot on him by decision then you can get plus-money on it, so there might be some value there, too.

My prediction is Mayweather beats Paul on Sunday in Miami in an entertaining boxing match. Enjoy the fight.